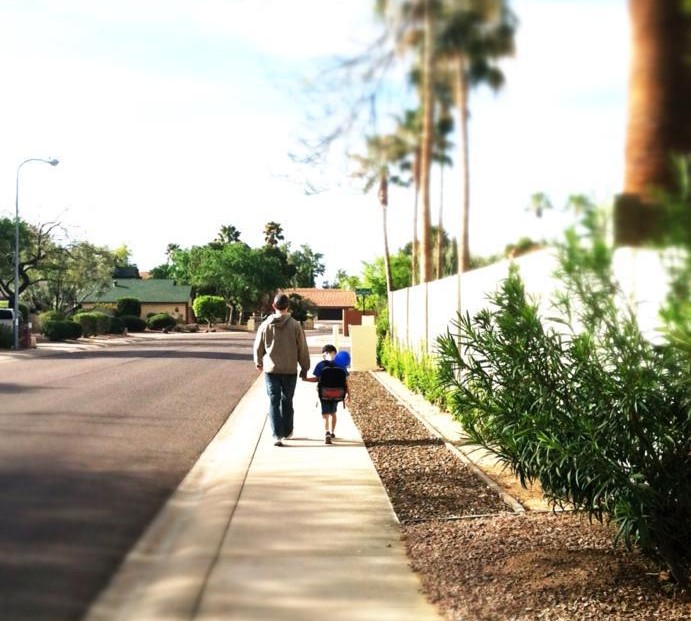 Leaving a house is simple. Leaving a home is sacred. It is something that demands reflection and resolve, whether the circumstances surrounding the upheaval are chosen or forced. Happy or sad. Not everything fits neatly into a box. Not everything is meant to. Hopes, dreams, smiles and tears stay behind, etching one’s passage just as clearly as the jagged initials carved into an old ash tree in the front yard. As deliberately as the carefully penciled height marks that chase each other up a kitchen door frame. Though you leave, you are never entirely gone. Your footfalls never forgotten.

Moving day comes for us all. And it is hard.

As your agent, I understand this. It is my distinct honor and privilege to guide you through this momentous transition. It is also a great responsibility. I thank you for your trust and vow not to squander it.

This is my pledge to you.

The Good, The Bad and The Stinky

“So what do we think of Toots?”

Rochelle Laraway waited the three seconds it took for her husband to look up from his notes.

“Toots,” the software engineer questioned, pulling his keen eyes from the meticulously organized data on the yellow legal pad.

She pinched her nose and waved a hand in front of her face; her flawless skin scrunched up against an imagined stench.

“That’s just mean, Ro,” Shane scolded, unable to suppress a smile. “It could be a medical condition.”

“Yeah, gluteous halitosis,” Rochelle countered with a laugh. “I’m sorry, but he smells like rotten eggplant.”

Shane threw his hands in the air; exasperated, as always, by his wife’s unparalleled aversion to pragmatism. Who knew choosing a Real Estate agent would be the first real test of their young marriage?

“We’re not getting anywhere here,” he declared, focusing on her thick eyelashes as they batted once, twice, thrice.

“Really? I think we are making some progress,” Rochelle argued.

“Progress,” Shane wondered. “Thus far, we have determined that Mrs. Dahl has a voice like shrapnel and reminds you of my mother …”

“… Mr. Shroeder, or should I say, Jerry Maguire,” Shane continued, “is too slick.”

“Show me the money,” Rochelle squealed.

“A touch malodorous,” Rochelle gasped. “The man is a walking septic tank!”

Shane bent back over his notes, tugging on the sleeve cuff of his lightly-starched cotton button-up exactly three times before picking up the pad.

“I knew it would come to this,” he confided. “So I went ahead and compiled a list of pros and cons for each candidate.”

Rochelle slouched back in her chair with arms crossed. Her dark eyes brimmed with skepticism. She was stunning.

“To take emotion and irrelevant personality quirks out of the equation, I assigned each one a number at random,” Shane said. “Remember, Ro, we’re selecting a Real Estate agent, not a travel companion.”

“Agent number one is a twenty year veteran of the business. Strong interpersonal skills, strong sales record,” Shane began. “Numerous productivity awards and industry designations. Works for a boutique brokerage that specializes in both our area and the luxury market.”

“Likes pina coladas and getting caught in the rain,” Rochelle deadpanned.

Shane waited a beat, expecting another retort from the resident smart alec. When he didn’t get one, he continued.

“Agent number two is a sixteen year vet. Decent web presence. Equal emphasis on online marketing and traditional methods. Not as many sales in our neighborhood as Agent One, but more total sales in the last twelve months. Works for a large brokerage with a national buyer referral base. Slightly better commission rate.”

“Go on,” Rochelle prodded, warming to the analytical approach despite herself.

“Chief negatives include a high volume of listings, and being slightly out of area. Will our home receive the attention it requires? Will we get passed on to an assistant?”

“Agent number three is the most tech savvy,” Shane continued. “Amazing website, near the top of virtually every Google search term for our area. Very user-friendly. More reliance on tech than traditional marketing means less intrusion from tour groups and open houses. Best commission rate of the bunch. Very aggressive.”

“Negatives,” Rochelle prompted, now leaning forward with elbows on knees; the palms of her hands supporting her delicate chin.

“Only four years in the business,” Shane obliged. “Fewest total sales, none in the immediate neighborhood. Never heard of the brokerage.”

“Yes, just like that,” she confirmed. “And that’s your choice, too.”

All Shane could do was smile. Married less than a year, and she already knew him inside and out.

“See, babe,” he crowed. “Logic and reason. It’s all about choosing the right tool for the job, not a best friend.”

“Shall we meet our agent,” he asked with a wry grin, tapping the notepad three times before flipping the page.

Rochelle obliged by rolling her tongue and patting her designer blue jean-clad knees.

“And the winner is … Hans Bartowski!”

Rochelle groaned and buried her head in her hands.

“Reshuffle the deck,” she instructed through her fingers. “We are not listing with Captain Flatulence.”

“You mean Toots,” Shane corrected as he tore the sheet of paper from the pad, folded it three times and set it aside.

“We tried it your way,” Rochelle advised. “Now we try mine.”

Now it was Shane’s turn to groan as he emptied his mind of reason and held on for the ride.