Renting VS Buying a Home in Scottsdale: 2011 Edition 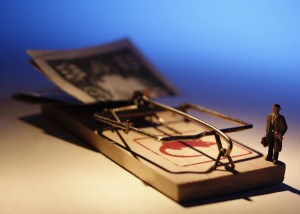 Gonna Save Money By Renting, Eh?

I find myself working the Scottsdale rental market more often these days than in years past. With a large percentage of the populace having been converted from homeowner to renter after selling a home short or losing it to foreclosure (thus, effectively eliminating themselves from the buyer pool for the foreseeable future due to credit damage and/or home ownership malaise), and would-be sellers opting to lease their current homes out rather than taking a huge equity bath if circumstances force a move, it’s an arena in which Realtors are currently in high demand. So it was that I was researching rental home availability for a couple of clients this afternoon in the McCormick Ranch area.

While I’ve been aware of a diminished number of available rental properties coinciding with rising rents for some time now, I was shocked by the dearth of options I turned up in ordinarily easy to fit parameters.

For instance, there are exactly ZERO active unfurnished, single-family home listings in the 85258 zip code (McCormick Ranch, Scottsdale Ranch, Gainey Ranch, etc) for lease under $2000 a month at present. None, zilch, nada. This in a zip code that has fetched an average price per square foot of $164.89 for single family homes in the past six months (Aug 16, 2010 – Feb 16, 2011) .

Extrapolating the sales price of a 3 bedroom, 1800 square foot house based on that per foot average, current resale market value would be approximately $296,892 without adjusting for +/-  factors.

Intrigued, I was drawn to crunch the affordability numbers on such a property.

Given that many buyers today are trying to get a foot in the door for the least amount of up front expense as possible, let’s pre-suppose a 3.5% down payment for a 30 year, fixed FHA loan. Assuming an interest rate in the 5.25% range, and tacking on the additional .5% for monthly PMI, the principal and interest payments on a loan balance of $286,501 at 5.75% is $1671.94. Add in property tax and insurance estimates of approximately $170 and $70 respectively for a total monthly PITI payment of $1911.94. Throw in the $15/month McCormick Ranch POA dues, and you are sitting on an approximate monthly outlay of $1926.94.

It should go without saying that figure decreases with a larger down payment.

A twenty percent down conventional borrower, for example, avoids the monthly mortgage insurance, thereby getting a significantly better annual percentage rate (credit and all other factors being equal) to coincide with the lower principal balance.

Now to rent this same property, back to the MLS we go.

If you were in the market to lease an unfurnished, single-family home in 85258 today, you would have exactly six choices: the cheapest of which is a 1900 square footer currently listed for $2195/month in McCormick Ranch. It bears repeating that the CHEAPEST available rental property in the category today costs almost $300 more per month (less potential maintenance costs of home ownership, but also ignoring potential tax benefits) than it would to purchase the same house with the lowest down payment available to most borrowers.

Thinking the paltry number of available rentals might be an anomaly confined to a sought after zip code, I delved into the cheaper, neighboring zips of 85250 and 85251 in South Scottsdale. Going back just six months ago, a prospective tenant had his/her choice of remodeled 1950s-1960s ranch homes in the $800-1500 / month range. After all, these are zip codes in which a single-family, 3 bedroom, 1500 square foot home can be had in the 150-175k range these days.

There is no moral of the story other than the context given to recent reports that tout home ownership in Scottsdale as having surpassed renting in affordability. I treat all such reports with healthy skepticism, as one must always question the source as well as the metrics used, but this is some news that actually jives with what I am seeing in the trenches. Much as it reads like more hot air designed to spur consumer confidence, there is merit to the attention given the growing disconnect between housing values and rental rates. 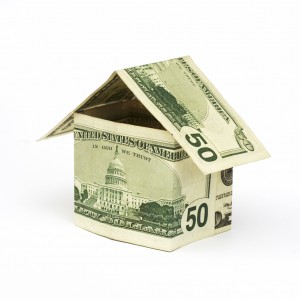 It’s a good time to be a landlord.

If nothing else, it will be interesting to see what effect, if any, this trend has on strategic defaults and short sales. Homeowners who are confident that ample affordable rental options await them may have to think a bit longer and harder before walking away from an underwater mortgage if the monthly payment is still manageable (homeowners who walk more from the distaste for lost value than ability to pay, in other words). On top of the higher rents, the reduced competition allows a landlord to be pickier with the choice of tenant. Recent credit / financial woes are only overlooked to the extent of one’s prospects. When there are 10 houses to every renter, it’s easy to find a forgiving landlord. But when there are 10 renters to every home … not so much.

Long essay short, a homeowner may want to do some additional research before opting to become a former homeowner. There is danger of jumping out of the frying pan and into the fire if precautions haven’t been taken to ensure that a markedly better living situation awaits.

While it has become an Olympic sport to predict the direction of the market with downward pressure on pricing here, and upward pressure on rates there, I’ll leave the prognosticating to the eggheads in the ivory tower. I will go on record saying this, however:

Prices are falling and rents are rising. Do the math. 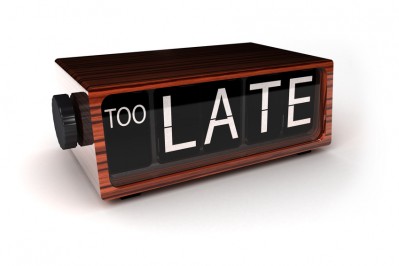