Tap Out the Status Quo at GD Jiu Jitsu!

by Paul Slaybaugh | Stuff To Do 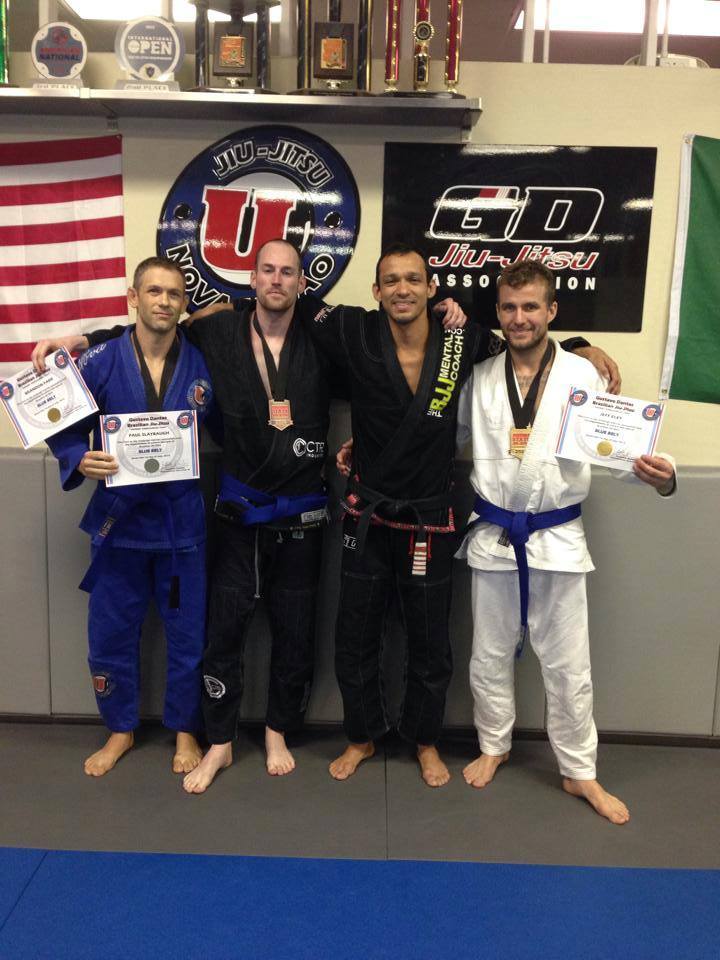 Like most red-blooded American males, I was first introduced to the martial art known as Brazilian Jiu Jitsu back in 1993. A young, scrawny Brazilian by the name of Royce Gracie demonstrated the effectiveness of submission fighting by dispatching of much larger, scarier opponents with apparent ease in the inaugural Ultimate Fighting Championship, shocking the combat sports world in the process.

The Karate Kid was out. Grappling was in.

I knew I had to learn this new fighting style post haste. Unfortunately, there were precious few qualified Brazilian Jiu Jitsu instructors in the United States at the time, and virtually none here in the Valley.

When I went away to college the following year, I jumped at the first opportunity to join a dojo that taught “that Gracie Jiu Jitsu stuff.” It was a joke, the instructor a third-rate Master Ken (see below) who delivered pizza on the side. I was young and naive, but it didn’t take all that long for common sense to assert itself. I quit within six months after receiving the same number of belt promotions. Just think, if I had stuck it out for another couple of months, I likely would have received my black belt and replica samurai sword.

When I returned home from college in 1997, I decided to give jiu jitsu another go. There were basically two options at this point: a legit gym run by a legit instructor in central Phoenix, and a marginal gym run by a somewhat shady instructor in South Scottsdale.

You would think I had learned my lesson and went with the legit school, right?

I spent a little over a year learning … well, very little. The training was very much oriented towards a Hulk Smash mentality rather than technical proficiency. I competed a handful of times, acquitted myself somewhat well on raw athleticism alone, but ultimately quit to focus on my fledgling Real Estate career after a spate of injuries interrupted my training.

Flash forward a decade and a half. Time had morphed that twenty-something year old kid into a married father of three. Proud of the career I had carved out and blessed by the family that surrounded me, there was no denying, however, that something was still missing. 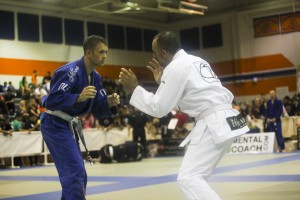 This time, however, I was going to do it right. I was not just going to pick the nearest location. I was not going to train at a McDojo that gave away belts with their happy meals. I was most definitely not going to learn from an instructor who was only marginally more qualified to teach jiu jitsu than my 8th grade PE teacher.

After thoroughly researching all of my options, there was really only one choice: Gustavo Dantas Brazilian Jiu Jitsu (GDJJ).

With impeccable credentials, an excellent facility, and a stable full of high level practitioners / competitors, Gustavo’s academy was as good as it got.

Nervous but determined, I scheduled a trial class and donned a gi (kimono) for the first time in nearly 15 years. That was two years ago this past fall. Between that day and now, the tremendous instruction and good-spirited competition with skilled training partners has resulted in the kind of training that I have dreamed of experiencing since 1993. My skills on the mat have improved by leaps and bounds, and even more importantly, I have been able to demonstrate the value of hard work and dedication to my children. I get to show them rather than merely tell them. 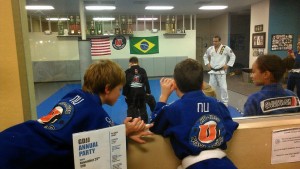 In fact, my experience at GD Jiu Jitsu has been so positive that my wife and boys have taken classes as well. You see, jiu jitsu is not just for the fellas. Designed to give smaller, weaker persons a fighting chance against bigger, stronger opponents, the argument can be made that jiu jitsu is even more beneficial to women and children than it is to the super athletes in our midst. This is readily apparent in the family-friendly environment of Gustavo’s gym. You couldn’t ask for a more positive atmosphere.

Whether you train to compete, stay in shape, learn to defend yourself, blow off steam, or to simply challenge yourself, you will find no better venue for the pursuit of your goals than GD Jiu Jitsu.

A certified mental coach in addition to his decorated jiu jitsu pedigree (4th degree black belt and multiple time world champion under famed Nova Uniao co-founder Andres Pederneiras), Gustavo’s program is invaluable for those who need help coping with high-stress situations, both on and off the mat. The successes and failures one experiences along the way provide the impetus for personal growth that permeates all aspects of one’s life.

Looking for a change? Want to try something new? I highly encourage you to give jiu jitsu a shot. You are capable of far more than you know. It’s time you proved it to yourself.

See you on the mats!